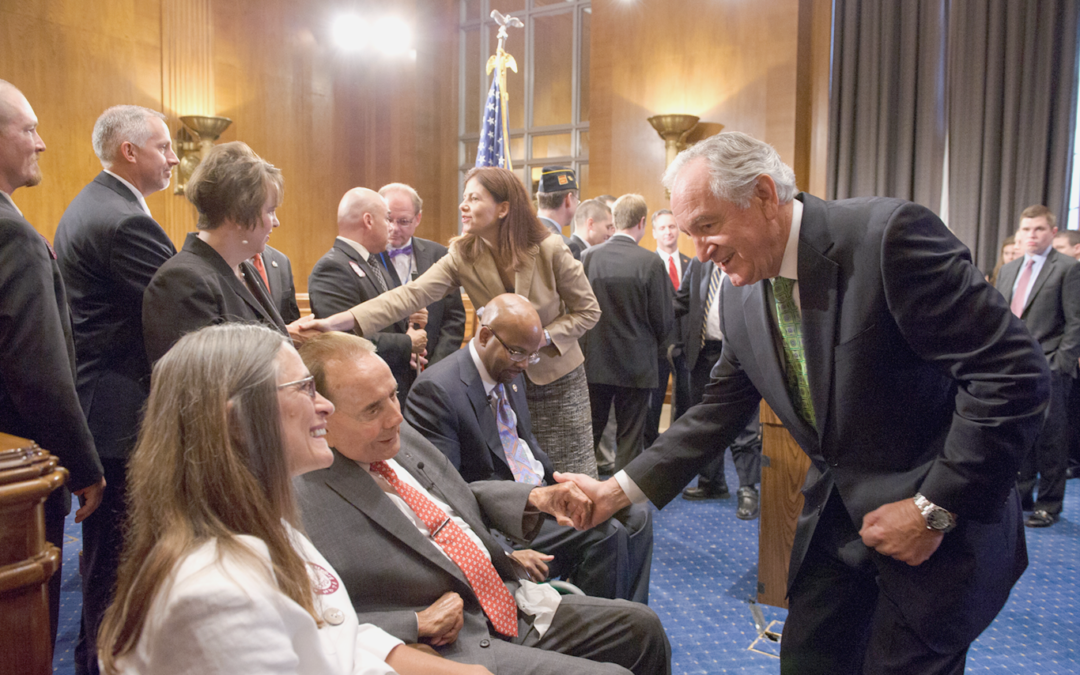 LAWRENCE – The Robert J. Dole Institute of Politics at the University of Kansas has announced that it will honor retired U.S. Sen. Tom Harkin as the recipient of the 2017 Dole Leadership Prize.

Harkin will receive the award at a public program at 4 p.m. Oct. 29 at the Dole Institute. The program will be free and open to the public. A live stream of the event will be available at doleinstitute.org.

“Senator Harkin shares Senator Dole’s belief in bipartisanship, civil discourse and respect for the other side,” Dole Institute Director Bill Lacy said. “We look forward to honoring his long service to our country.”

“I am honored and humbled to join the list of renowned public servants to receive this recognition,” Harkin said. “Senator Dole and I share a commitment to promoting civic engagement, civil discourse and cooperation. This was prevalent during our shared time in the U.S. Senate, particularly in our work on behalf of people with disabilities, and continues to guide our work even today.”

First elected to Congress in 1974, Harkin represented the state of Iowa in Washington, D.C., for over four decades. He served 10 years in the U.S. House of Representatives from Iowa’s 5th Congressional District before winning election to the U.S. Senate in 1984. In November 2008, Harkin became the first Iowa Democrat to win a fifth term in the Senate. His long career focused on issues related to health care access and nutrition, farm policy, labor issues and more.

Harkin’s signature legislative achievement was the groundbreaking Americans with Disabilities Act (ADA). As a young senator, he was tapped by U.S. Sen. Ted Kennedy to craft legislation to protect the civil rights of millions of Americans with physical and mental disabilities. What emerged from that process was the ADA, which changed the landscape of the U.S. to better accommodate people with disabilities. Harkin and Dole joined forces to champion the ADA, which was signed into law on July 26, 1990.

Harkin retired from office in January 2015. His career papers are housed at The Harkin Institute for Public Policy & Citizen Engagement at Drake University.

The Dole Institute of Politics is dedicated to promoting political and civic participation as well as civil discourse in a bipartisan, philosophically balanced manner. It is located on KU’s West District and houses the Dole Archive and Special Collections. Through its robust public programming, congressional archive and museum, the Dole Institute strives to celebrate public service and the legacies of U.S. Senators Bob Dole and Elizabeth Dole.

More information on all programs, as well as ongoing additions to the schedule, can be found on the Dole Institute’s website, www.doleinstitute.org.