Throughout his 40 years in the U.S. Congress, Senator Tom Harkin was a strong advocate for securing the future of the aging U.S. population.

The Harkin Institute for Public Policy & Citizen Engagement works tirelessly every day to advance Senator Harkin’s legacy within the realm of retirement security.

The Harkin Institute has established its Core Advisory Committee on Retirement Security, which will provide direction and guidance in the areas of research and events pursued in this area.

Financial literacy is recognized as an essential skill in our complex world, and the last couple of decades have seen significant changes to state K-12 financial education standards. This policy brief provides an update of the current standards by state and the coursework required to meet the standards and concludes with a brief summary of studies evaluating the impact of the state requirements on financial outcomes. 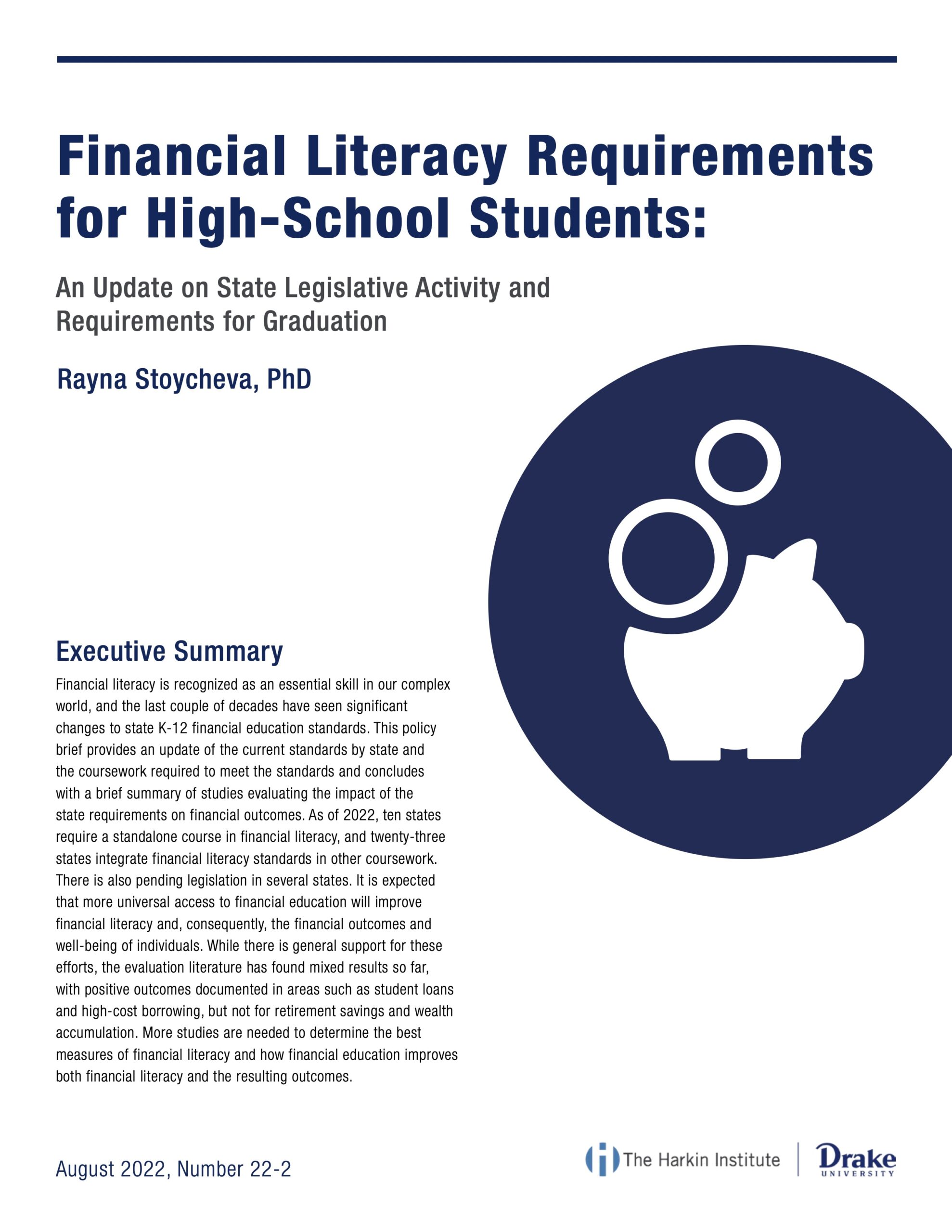 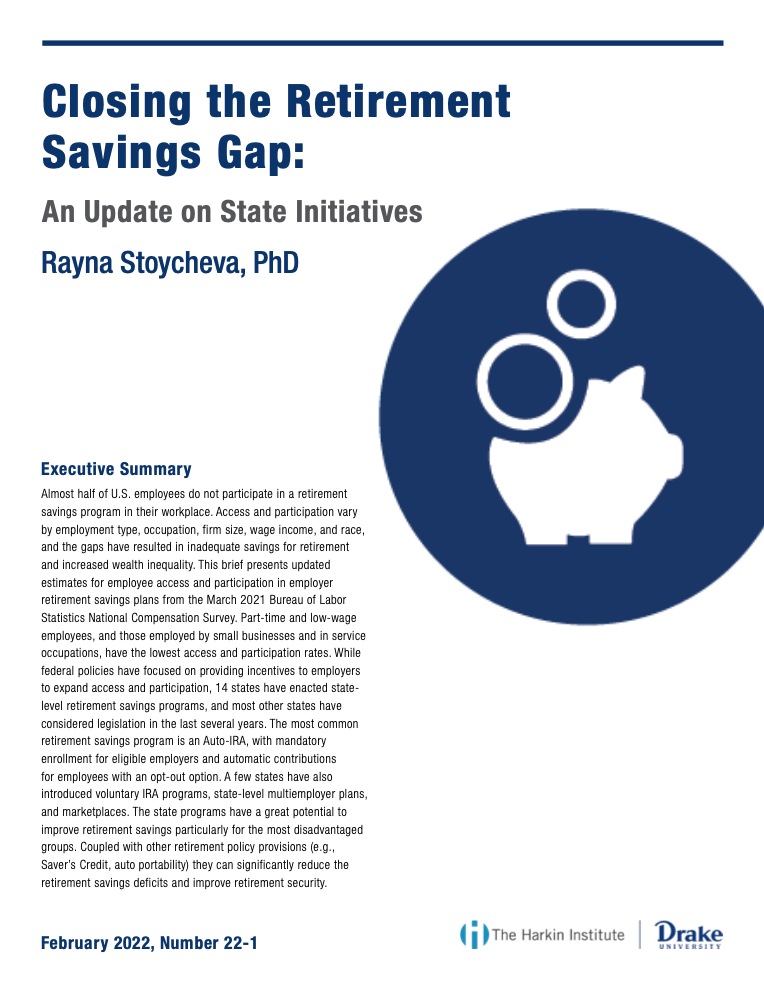 Along with introducing and supporting bills to protect retirees, Sen. Harkin served as chairman of the Senate Committee on Health, Education, Labor, and Pensions (HELP). He worked to reduce the $7.7 trillion (as of 2015) retirement deficit by strengthening the two-tiered system of public retirement and private pensions. Highlights of Sen. Harkin’s work in retirement security include:

Protecting Public Retirement Plans
In the 1990s, 2002, and 2005, Sen. Harkin helped lead the fight against Social Security privatization and sponsored legislation to strengthen the system and expand benefits, including the Strengthening Social Seucrity Act of 2013, which would prepare a Consumer Price Index for Elderly Consumers (CPI-EC) and amend the Social Security Act to use CPI-EC for computation of cost-of-living increases in old-age, survivors, and disability insurance benefits.

In 2014, Sen. Harkin advocated for the Universal, Secure, and Adaptable (USA) Retirement Fund, which would minimize the risk to employers and make retirement funds more accessible for citizens.

Sen. Harkin has largely focused on increasing transparency and amending the Employee Retirement Security Act of 1974 (ERISA). He introduced the Cooperative and Small Employer Charity Pension Flexibility Act, which was continued in 2013 by Sen. Al Franken (D-MN) as the Charity Pension Flexibility Act of 2013. It exempts co-ops and charities from some pension plan rules that would restrict their ability to continue community-based, defined benefit, multiple-employer pension (CSEC) plans.

Sen. Harkin also worked with the Defined Contribution Fee Disclosure Act of 2009, which would amend the ERISA to ensure fiduciaries disclose adequate information to their participants and beneficiaries and also require the Secretary of Labor to annually publish data on plan investment options, audit a sample of individual account plans, and recommend ways to simplify employee pension plan reporting and disclosure requirements.

Finally, Sen. Harkin was also involved in the Pensions Benefits Protection Acts of 2002 and 2003, which amended ERIS and IRS codes with respect to pension benefits of employees in either single-employer or multi-employer defined benefit plans, prohibiting forced conversions of certain defined benefit plans to cash balance plans.

Medicare
As chair of the HELP committee during the negotiation of the Affordable Care Act, Sen. Harkin has championed the right for all citizens with public and private insurance to access life-saving treatments. Sen. Harkin also made prescription medications more affordable in Iowa, saving Medicare beneficiaries more than $120 million on prescriptions. For this work, Sen. Harkin was named a Retirement Security Superhero in 2011 by the Pension Rights Center. He also scored 100 percent on senior issues in a rating system by the the Alliance for Retired Americans.