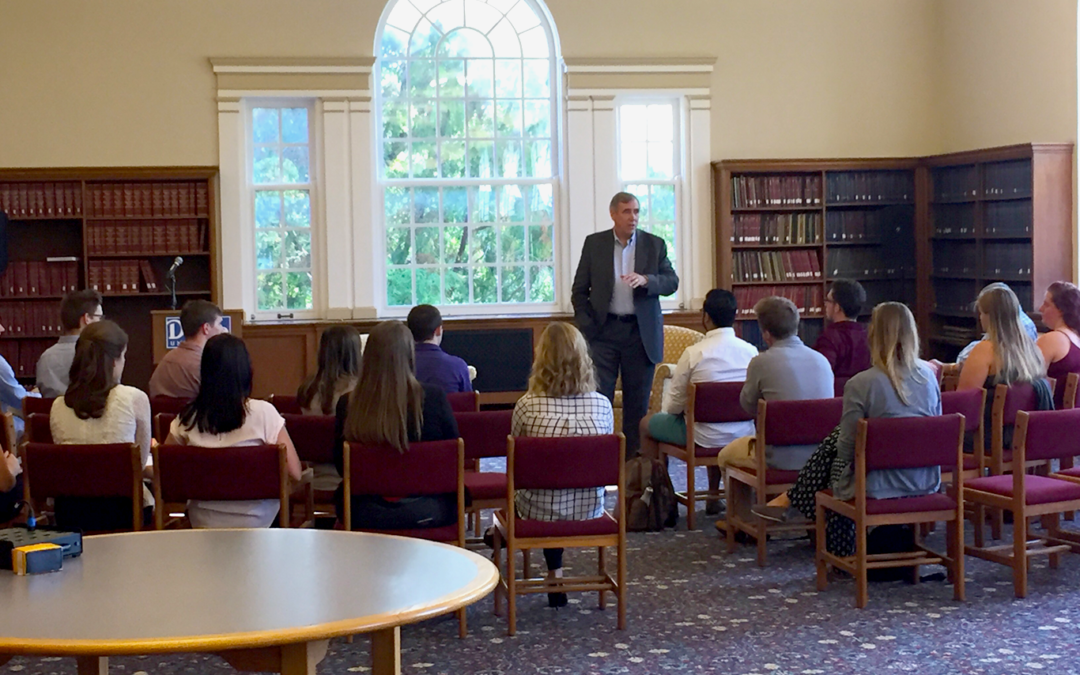 On September 11, students gathered in Cowles Library at Drake University to meet Senator Jeff Merkley (D-OR) and discuss North Korean tensions and climate disruption. The senator had recently returned from a Congressional delegation to Asia in an attempt to ease friction and has a history of fighting for policies related to climate change.

Attendees were very interested in the cause of the tensions as well as what power America and other foreign countries have to alleviate it. Senator Merkley attributed a large part of the conflict and lack of progress to poor communication between North Korea and surrounding countries. However, he explained that using force to influence North Korea is a poor alternative. North Korea has possession of nuclear weapons and any attack made by the United States would lead North Korea to retaliate and attack Seoul, leading to the loss of tens of thousands of lives, according to Senator Merkley.

However, economic pressure is equally ineffective. Though there are countless North Korean workers and students in China, China is hesitant to apply enough economic pressure to elicit a change from North Korea. North Korea is willing to make any economic sacrifice in order to attain weapons. Pushing North Korea to the point of economic collapse would cause a wave of North Korean refugees to flood into China, a burden China does not wish to take on. “Military influences have a counterpart, and economic influences have limitations,” resulting in the impasse foreign relations are experiencing today, Senator Merkley told attendees.

The conversation then turned to climate disruption and what Senator Merkley considers “the biggest threat to humankind on this planet.” He illustrated the scope of climate change including the melting permafrost, melting ice caps, hurricanes, fires, increasing carbon dioxide, and ocean acidification. Senator Merkley argued that with such clear, imminent danger, the United States should be involved in every possible way to stop these destructive trends. “The general citizenry does not understand how quickly the planet is changing and how urgent it is that we act,” he said. But with Congress hosting “no responsible discussion” about climate disruption, he said the responsibility of the issue falls on universities, places of worship, nonprofits, cities, counties, and communities to take ownership and advocate for change.

Senator Merkley closed the event with a challenge for all attendees to stay active in politics and remain engaged citizens. As he said earlier in the event, “If you take an idea and you advocate for it… some of them make it through and make a difference.”