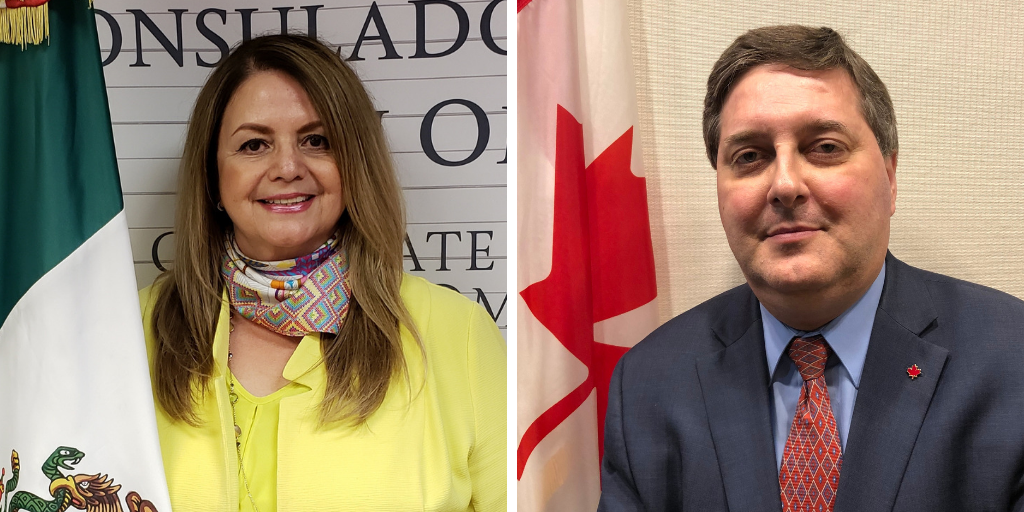 Register Now For This Event

Join The Harkin Institute for Public Policy & Citizen Engagement on Wednesday, May 1, 2019, at 7 p.m., when we welcome Guadalupe Sánchez Salazar, Consul of Mexico in Omaha, Neb., and Ariel Delouya, Consul General a.i. at the Consulate General of Canada in Minneapolis, Minn., for an insightful discussion about the state of U.S. relations, North American trade, immigration and other timely topics.

“Relationships with our North American neighbors have always been complex and co-dependent, and our ability to work together is critical to the success of all three countries,” said Joseph Jones, executive director of The Harkin Institute. “We are thrilled to be able to bring these diplomatic leaders to Des Moines for an important conversation on the storied history and ongoing relationships among Canada, Mexico, and the United States.”

Minister Sánchez-Salazar is a career member of the Mexican Foreign Service and has wide experience in the consular, bilateral and multilateral diplomatic fields. Ambassador Delouya joined Canada’s Department of External affairs in 1986, and has held a number of positions including Minister Counsellor for Congressional and Legal Affairs at the Embassy of Canada to the United States, in Washington, D.C.

The Sussman Lecture on April 12 is free and open to the public, but registration is required.