2019 Harkin Summit kicks off in Paris 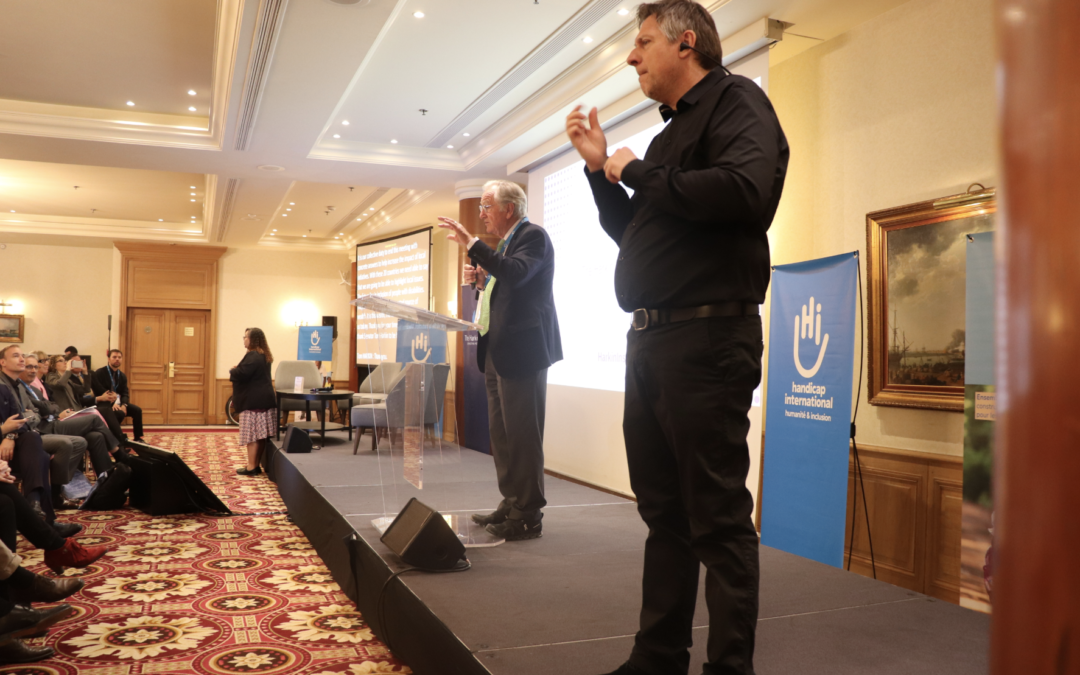 The 4th Harkin International Disability Employment Summit (Harkin Summit) opened in Paris with three dynamic leaders, Manuel Patrouillard, Senator Tom Harkin, and Sophie Cluzel. Patrouillard, the director general of Humanity and Inclusion opened the session with heartfelt gratitude for the partnership with the Harkin Institute and commitment to the Harkin Summit. He spoke about the creation of Humanity and Inclusion, which is also known as Handicap International in Europe. He also remarked on the commitment of HI to bring people together on both an international and local level to help to increase the number of people in the workforce.

U.S. Senator Tom Harkin (Retired), founder of The Harkin Institute for Public Policy & Citizen Engagement and the Harkin Summit, welcomed attendees and said the idea of the summit came to be with several of the people at the Paris Summit: Herve’ Bernard, Andy Imparato and Mica Bevington. The Harkin Institute aims to partner with organizations to bring the International Employment Summit all over the world. Senator Harkin emphasized that the goal of the summit is focused on increasing the workforce with people with disabilities in competitive, integrative employment. He has challenged the participants from more than 56 countries who have attended the four summits to double the rate of employment of people with disabilities within 10 years. He left with the final thought, a quote from Juan Somavia (ILO 2001), “Every day, we are reminded that, for everybody, work is a defining feature of human existence. It is the means of sustaining life and of meeting basic needs. But it is also the activity through which individuals affirm their own identity, both to themselves and to those around them. It is crucial to individual choice, to the welfare of families, and the stability of societies.”

“I want to speed this up,” Cluzel said. “Complexity should not be an excuse anymore for companies.”

Additionally, her goals are to support families with training, improve the qualifications of people with disabilities, access to housing and education, and in political participation.