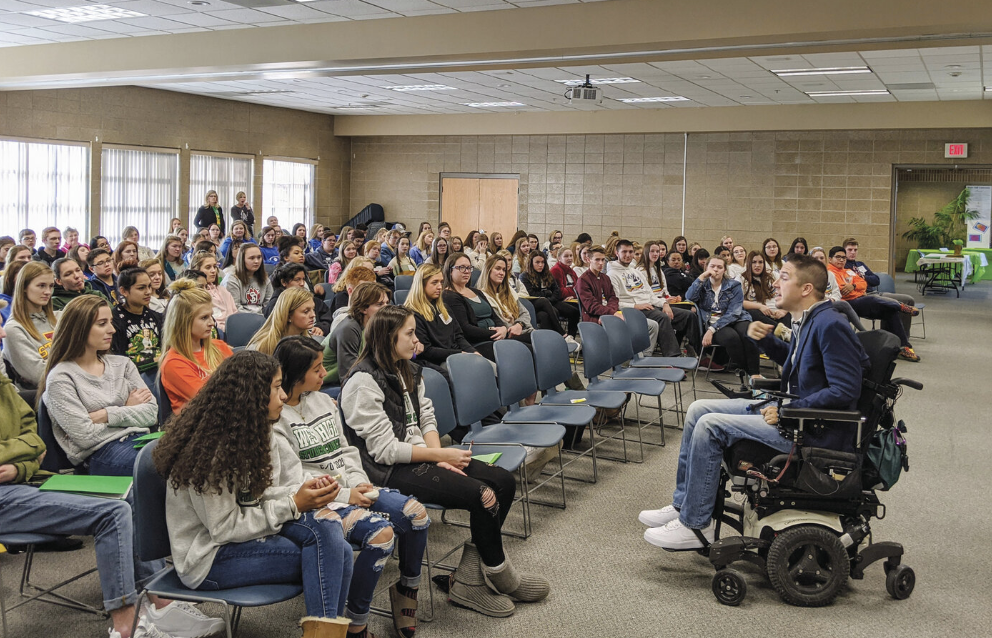 When Alex Watters got a call about a job offer to be a field organizer for President Barack Obama’s reelection campaign, he hesitated. Not because he didn’t have the passion or experience for such a position, but because one of the core functions of a field organizer – knocking doors – was not something he could do.

Watters, who uses a wheelchair, jokes that he wasn’t going to throw rocks at doors that weren’t accessible as an alternative to knocking. But Zack Davis wasn’t looking for someone who could knock as many doors as possible. He was looking for a leader who could rally others to knock on doors, make phone calls and contribute to the grassroots campaign. So Watters accepted the position.

Months later, on a call with all the other field organizers across the state, State Director Brad Anderson asked the others on the call how it felt that the one field organizer who couldn’t himself knock on doors had a team that had knocked on more doors than anyone else in the state. Had the job simply been promoted as needing an organizer who could knock a certain number of doors, he wouldn’t have even thought of applying. This is why Watters, now an elected official himself on the City Council in Sioux City, has made it a point to advocate for accessible practices in hiring and gainfully employing people with disabilities. Continue reading here.