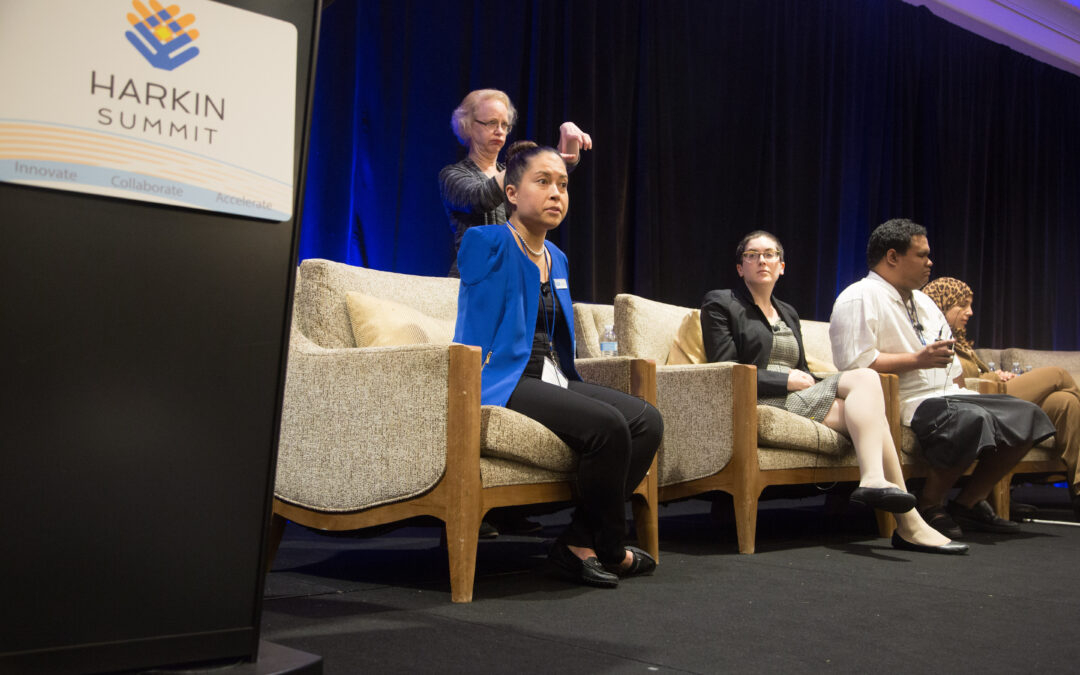 Washington, DC—Jessica Cox is the world’s first person without arms licensed to fly an airplane. She shares her life story with the world as a motivational speaker and disability rights advocate.

The event is in celebration of the 30th anniversary of the American with Disabilities Act (ADA). The ADA provides “a clear and comprehensive national mandate for the elimination of discrimination against individuals with disabilities,” alongside enforceable standards to address such discrimination. Positive consequences of the ADA include requirements that buildings and transportation be accessible to persons with disabilities, and that workplaces provide reasonable accommodations for employees with disabilities, among other things. Senator Harkin was the lead sponsor of the Act, and it was signed into law by President George Bush on July 26, 1990.

Cox continues to call attention to fact that the U.S. has yet to join the international community in ratifying the UN Convention on the Rights of Persons with Disability (CRPD). The only international treaty of its kind, the CRPD follows the model of the ADA and establishes protections and rights of people with disabilities worldwide.

The event is meant to bring renewed attention to the incredible, ongoing impact of the ADA, the United States’ reluctance to ratify the CRPD, and to lift spirits at a time when the country is steeped in challenges such as the COVID-19 pandemic and the social unrest brought about by the country’s historic racial divisions.

Cox was born to an American father and a Filipina mother who immigrated to the United States as a nurse. She was raised to be hard working and persevering. Cox never let her disability limit her dreams. She thrived at elementary and high schools in Arizona that welcomed students with and without disabilities, and then went on to earn a bachelor’s degree in Psychology from the University of Arizona.

In 2005, Cox began speaking professionally as a motivational speaker. Since then, she has visited more than 20 countries for speaking events. She also advocates for international disability rights as the Goodwill Ambassador for the NGO Humanity & Inclusion. Cox earned her certification as a light sport pilot in 2008, an achievement that earned her a spot in the Guinness Book of World Records as the first person without arms to do so. She is also the first armless black belt in ATA Martial Arts, a certified scuba diver, licensed driver, surfer, and an award-winning speaker. The award-winning documentary about her life, RightFooted, was released in 2015.

More information can be found at www.jessicacox.com/flight-of-hope.

Cox is available for interviews. She departs Tucson on July 17 and arrives in D.C. on July 20.

To speak with The Harkin Institute or Senator Tom Harkin, contact Emily Schettler at emily.schettler@drake.edu or 515-205-6319.