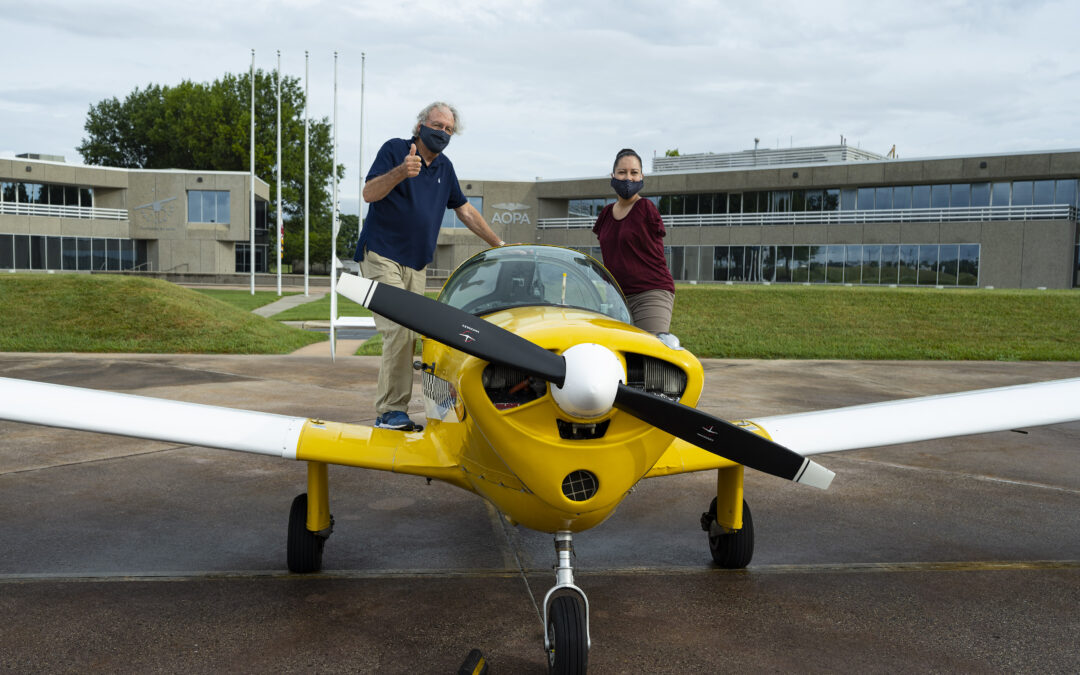 Senator Tom Harkin (retired) and Jessica Cox, the world’s first and only pilot without arms celebrated the 30th anniversary of the Americans with Disabilities Act on July 24, 2020, with a special flight in Jessica’s custom Ercoupe. Jessica is a lifelong disability rights advocate, motivational speaker and Goodwill Ambassador for Humanity & Inclusion. A roundup of coverage of the flight is available below.