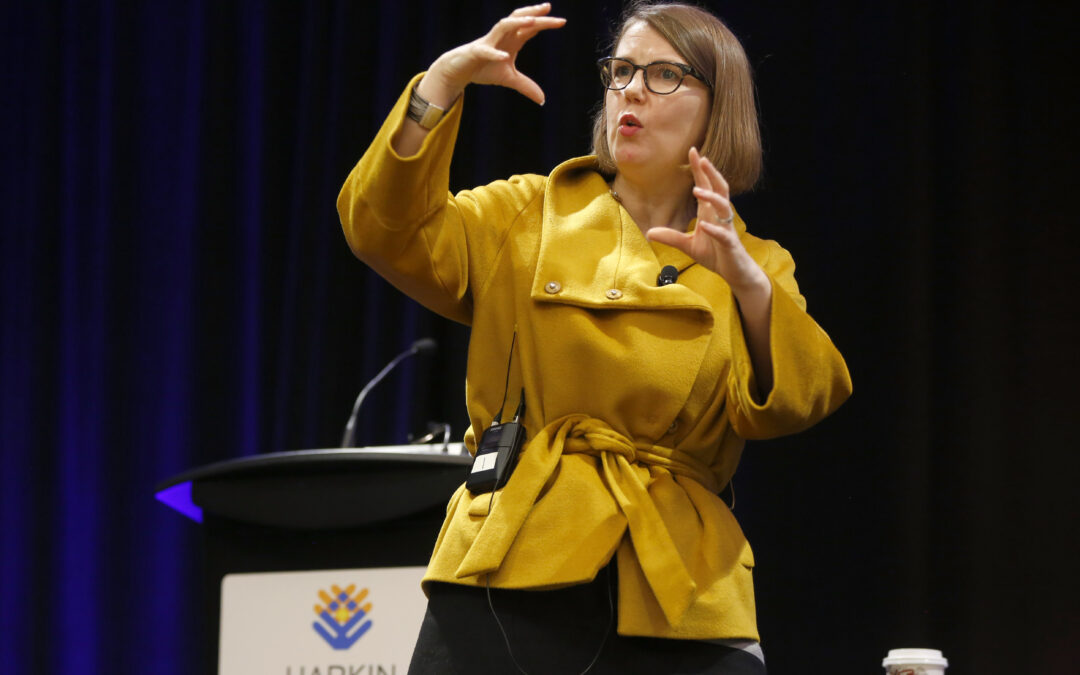 Microsoft products have played an integral role in the shift to remote work for many companies. Jenny Lay-Flurrie, chief accessibility officer at Microsoft, will discuss this and the company’s commitment to competitive, integrated employment for people with disabilities during The Harkin Institute for Public Policy & Citizen Engagement at Drake University’s virtual Sussman Lecture on September 16. Lay-Flurrie’s speech is part of The Harkin Institute’s year-long celebration of the 30th anniversary of the Americans with Disabilities Act.

The coronavirus pandemic caused a huge disruption to where and how Americans work. Businesses across the country have moved to telework and employees have developed new work-from-home routines. In this time of unprecedented change and uncertainty, Microsoft has demonstrated itself as a leader both in accessible technology and its commitment to employment for people with disabilities.

Lay-Flurrie leads many Microsoft initiatives to empower people with disabilities both inside and outside the company. She founded the Disability Employment Resource Group at Microsoft and created the Disability Answer Desk, which provides specialist customer support to people with disabilities. Lay-Flurrie was recognized as a Disability Employment Champion of Change by the White House in 2014 and as one of the Most Creative People in Business by Fast Company in 2014.

The Sussman Lecture will take place over Zoom. The event is free and open to the public, but registration is required.

The Harkin Institute for Public Policy & Citizen Engagement at Drake University exists to inform citizens, inspire creative cooperation, and catalyze change on issues of social justice, fairness, and opportunity. The Institute was founded on the premise that good public policy is best achieved when policymakers have access to high quality information, political processes are open and well-understood, and citizens are informed and active participants. The Harkin Institute offers programming, experiences, research, and connectivity focused on four areas that defined Senator Harkin’s career – labor and employment, people with disabilities, retirement security, and wellness and nutrition.