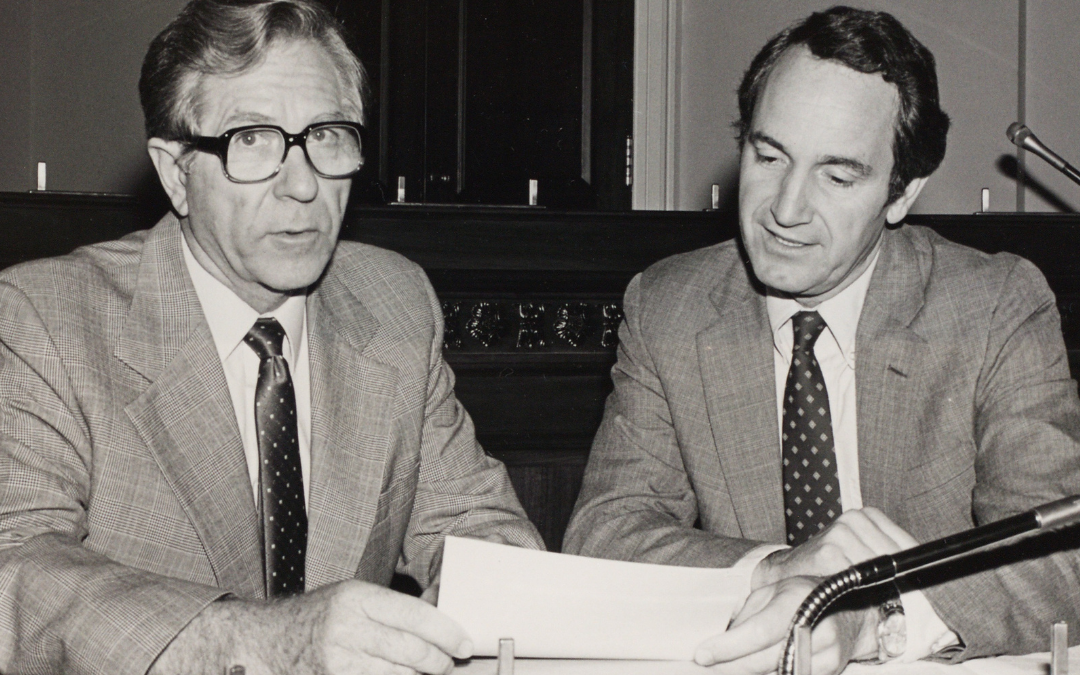 Senator Harkin remembered Congressman Neal Smith in a column published in The Des Moines Register on November 5, 2021. An excerpt of the column is available below. The full column can be read here.

Today’s political pundits would classify Neal Smith as “old school.“ It is true that much of his life was rooted in traditional rural Iowa values: hard work, ethical behavior, responsibility, family, and patriotism. Also, much of his life‘s work and philosophy was guided by Iowa progressive values: equality, education, fairness, social betterment, and New Deal constraints on capitalism.

But he was also willing to break with traditional societal norms. Consider that he and Bea, newly married, entered Drake Law school together in 1947, when women in law school were rare, and married couples in law school nonexistent. In a loving tribute to Bea at her funeral, Neal spoke of their marriage as a “partnership,“ that Bea was a “wife, a mother, a grandmother, a lawyer and she lived up to her end of the bargain.” Sounds like a modern-day marriage vow!