Drawn Out: How Iowa Got Redistricting Right

In 1971, Jean Lloyd-Jones and the Iowa League of Women Voters joined other organizations in challenging Iowa’s redistricting plan, arguing it placed too much emphasis on protecting incumbents.

The Iowa Supreme Court ordered the state legislature to develop with a new plan, and in 1980, state lawmakers implemented what is now one of the most respected methods of redistricting today. At a time when policymakers across the country are struggling with how to draw representative boundaries, Iowa’s nonpartisan process for drawing Congressional and legislative districts has repeatedly been looked at as a model.

All About Iowa’s Redistricting Process

The Iowa redistricting process is led by the state’s nonpartisan legislative services agency along with a strict timeline for when it must be approved. This is critical to providing voters with the time they need to research candidates and educate themselves ahead of an election.

What’s more, Iowa law specifically highlights what factors should not be taken into consideration, including favoritism for a political party, incumbent legislator or member of Congress. Data about the addresses of incumbents, voter registration by parties, previous election results and most demographic data are not to be considered when establishing districts.

In many ways, our ability to protect our rights in the United States is incumbent on our ability to vote, and more importantly cast a vote that has equal weight as those of our neighbors and fellow Americans across the U.S. Perhaps the Court said it best in Wesberry v. Sanders: “Other rights, even the most basic, are illusory if the right to vote is undermined.”

• The United States Constitution requires that districts be redrawn every 10 years to ensure that population ratios are consistent.

• However, due to the COVID-19 pandemic, the results from the census were delayed which pushed back subsequent redistricting deadlines.

• Once the data was released from the U.S. Census Bureau, the special commission designated public meetings to be held virtually in response to CDC recommendations. This is significant because in the past, public redistricting meetings were organized based on geographical locations to reach a wider audience. Holding meetings virtually mitigated this requirement.

• On September 14, 2021, the Iowa Supreme Court extended the deadline for state legislative redistricting back to December 1, 2021.

Drawn Out: How Iowa Got Redistricting Right, hosted by The Harkin Institute of Public Policy and Citizen Engagement

Learn more about Iowa’s redistricting process, its history and how it has risen to prominence during Drawn Out: How Iowa Got Redistricting Right, an event hosted by The Harkin Institute for Public Policy & Citizen Engagement and the Cook Political Report.

• Jean Lloyd-Jones, President of the Iowa League of Women Voters when the organization challenged the state’s redistricting plan

• Joe O’Hern, former chief clerk of the Iowa House was responsible for research support for the initial legislation and involved in three of four redistricting plans done under the Iowa model.

• David Yepsen, host of Iowa Press on Iowa Public Television and former political reporter for The Des Moines Register, where he covered government and politics for 34 years

National Conference of State Legislatures: The “Iowa Model” for Redistricting 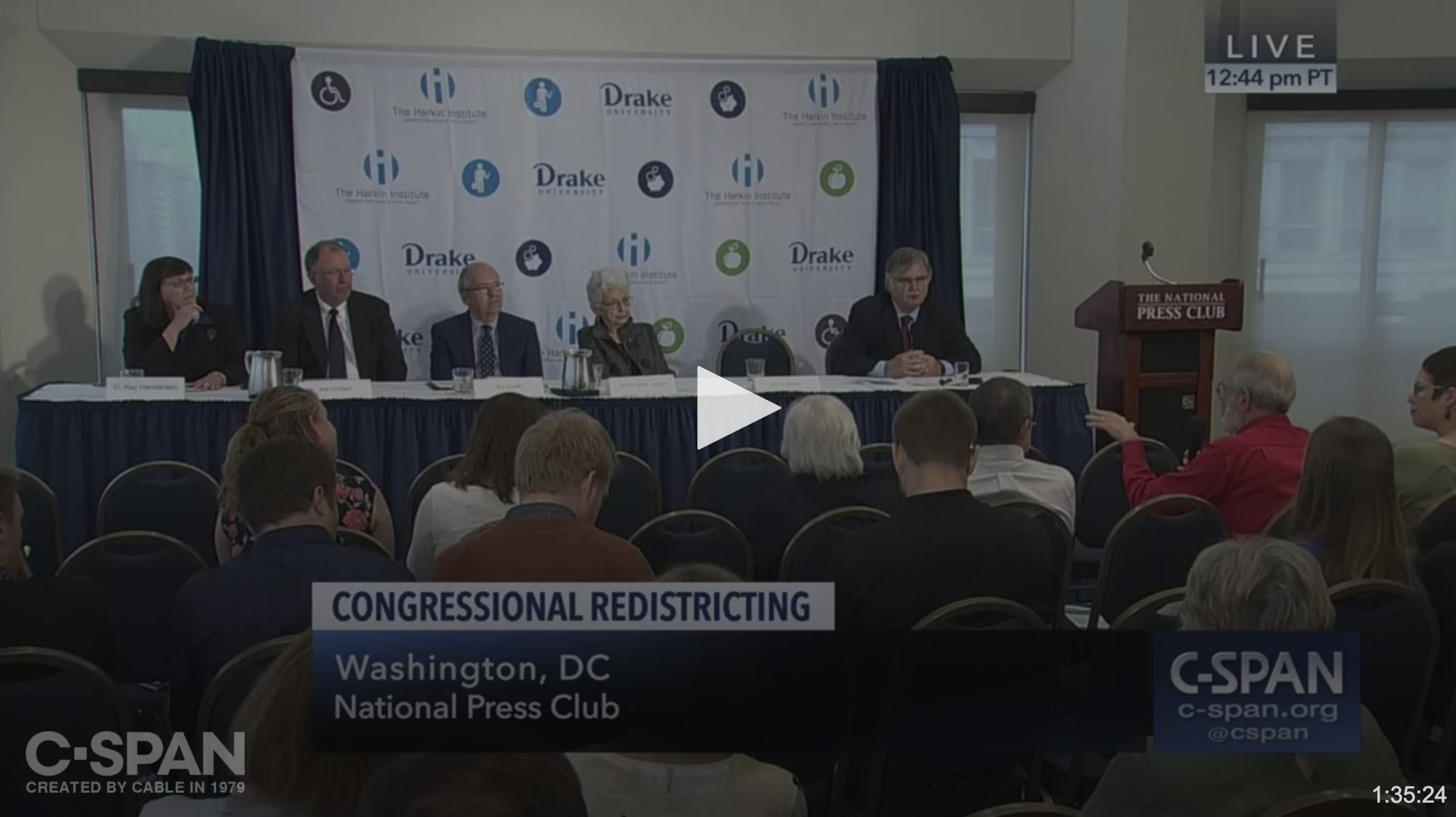