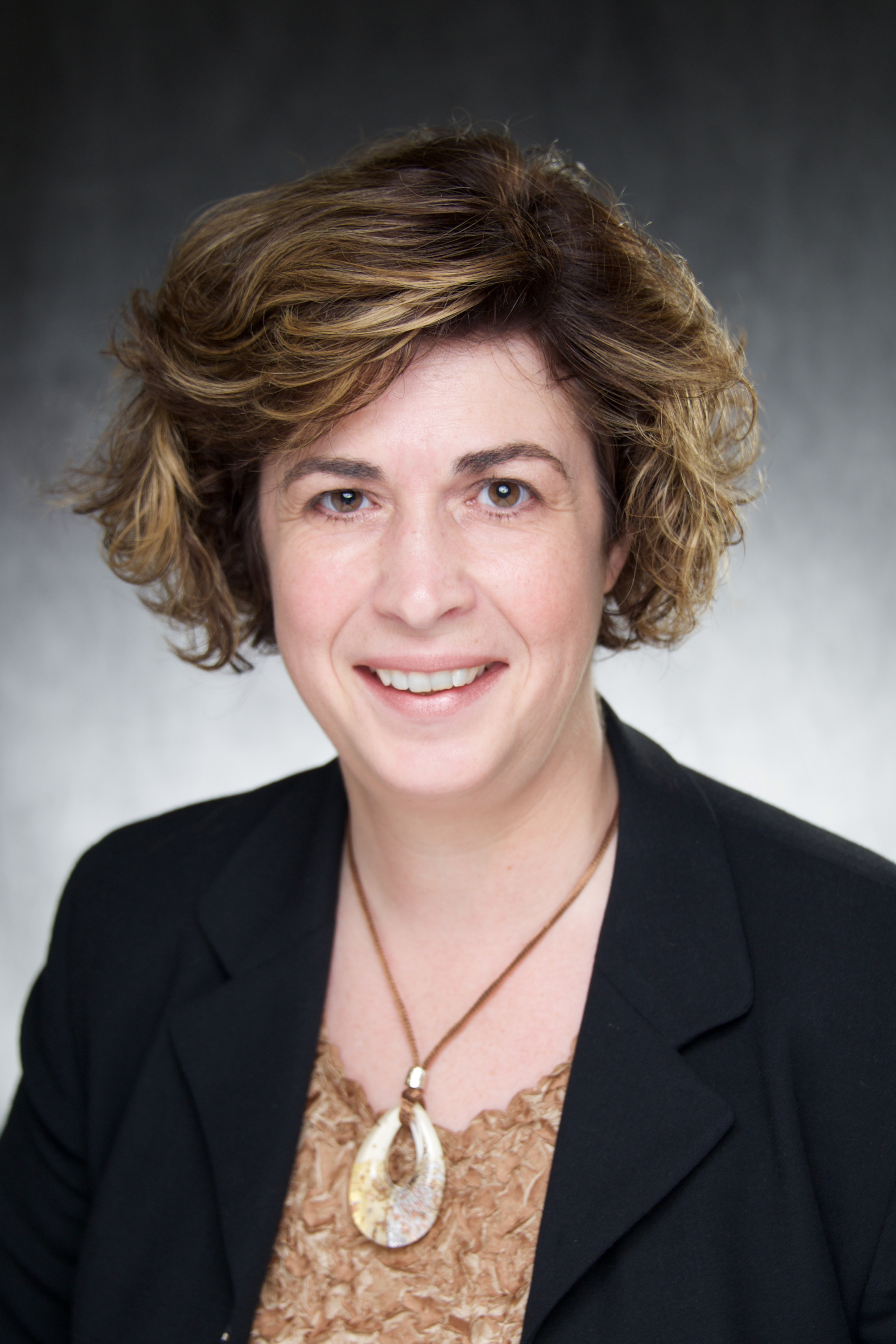 Dr. Julie Christensen has spent her 20-year career working to improve quality of life outcomes for at-risk youth, including youth with intellectual and development disabilities, through promoting employment and access to leisure and recreation opportunities in inclusive settings. Prior to joining The Harkin Institute, Christensen served as the director of Iowa’s University Center for Excellence in Developmental Disabilities (UCEDD), the Center for Disabilities and Development (CDD) at the University of Iowa. In that role, Christensen held a research faculty appointment in the Carver College of Medicine, Department of Psychiatry and adjunct appointments in the Department of Pediatrics and the University Iowa School of Social Work. 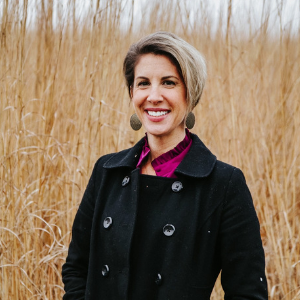 Shannon Myers is a certified rehabilitation counselor, integrative health coach and small business owner. Myers recently completed a contract with West Des Moines-based genomics company Rx-Precision, where she created and oversaw clinical case management. The startup is the world’s first Center for Genomic Excellence company that serves the commercial market. Myers is also an integrative health coach and works to identify the root causes of health conditions for individuals. 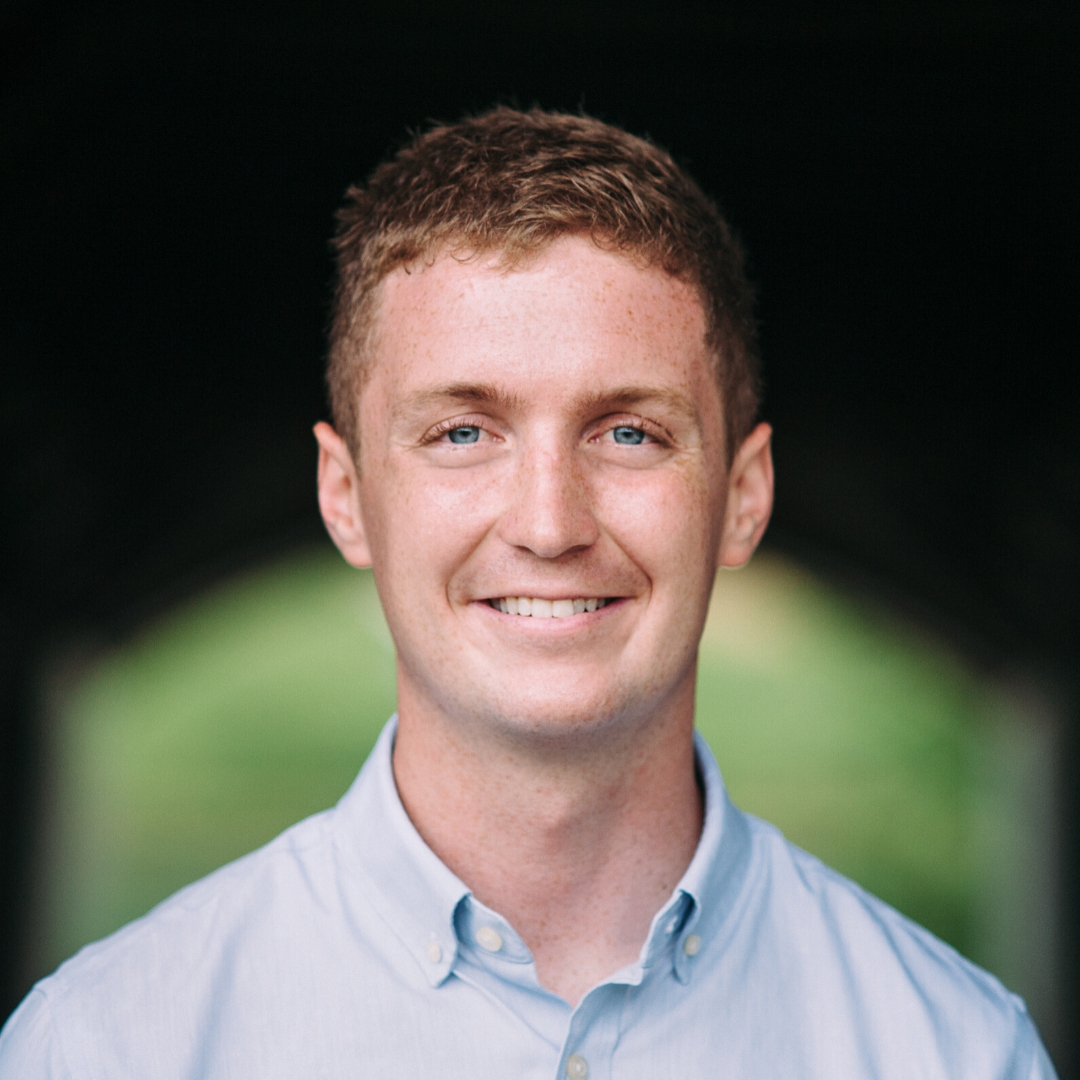 Austin Frerick is the Deputy Director of the Thurman Arnold Project at Yale University, an initiative established to generate and disseminate scholarship to impact competition enforcement and policy. He is currently working on a book that calls for restoring the balance of power in America’s food system in favor of farmers, workers, and small businesses. The book is inspired by an article he originally published in The American Conservative entitled “To Revive Rural America, We Must Fix Our Broken Food System” that has since been republished in the Cedar Rapids Gazette, Civil Eats, and The Progressive Populist.

Austin also organized the “Heartland Forum” in Storm Lake, Iowa, the first candidate event of the 2020 presidential campaign. The forum brought attention to the impact of economic concentration on rural America. He previously worked as an economist at the United States Department of the Treasury and as a researcher at the Congressional Research Service. His research as been  referenced in The Washington Post and The New York Times and published in Tax Notes and the National Tax Journal.

Austin is an Iowa native and a graduate of Grinnell College and the University of Wisconsin – Madison.

Drake University Professor Dennis Goldford served as The Harkin Institute’s Flansburg Fellow from Jaunuary 2015 until December 2016. In this role, Goldford examined the modern media’s coverage of American politics, changes in media coverage and the implications of those changes for American democratic processes. His work also focused on the Iowa caucuses. Professor Goldford contributed to a caucus website blog, explaining the caucus process and commenting on the “on-the-ground” political environment in Iowa leading up to the caucuses. 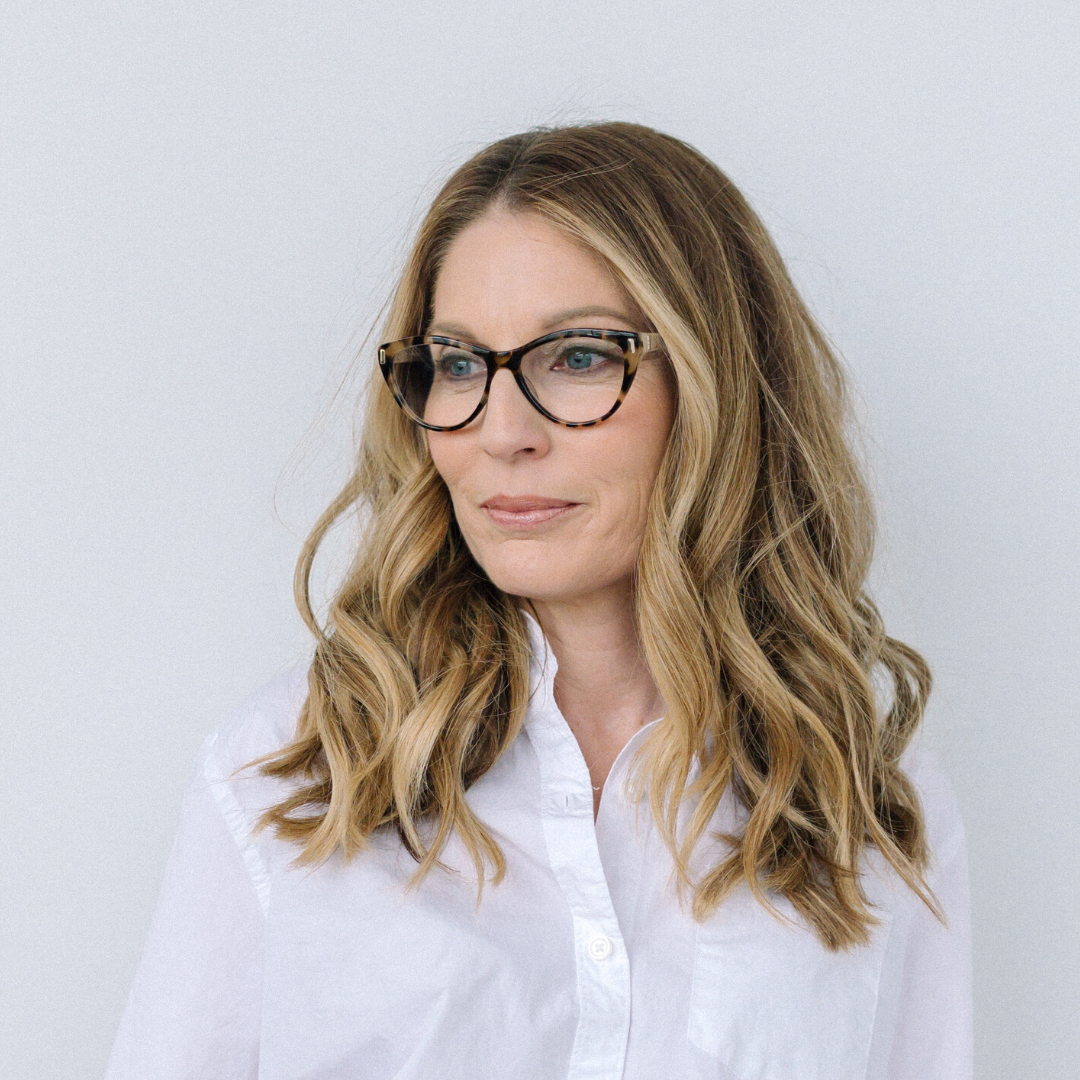 Dr. Shelley Horak holds an EdD in Interdisciplinary Leadership from Creighton University where she is an active member of the Alpha Iota Sigma Honor Society.  The title of her dissertation was “Hope, Stigma, and Single Mothers Enrolled in Iowa’s Childcare Assistance Program:  A Phenomenological Exploration.” She is employed by the Iowa Department of Human Services, where she works as a Project Manager. Shelley is a current member of the United Way of Central Iowa’s Early Childhood Success Cabinet and a Parks and Recreation Board Member for the City of Dallas Center. She is a past member of the Board at the Iowa Public Health Association.

Shelley Horak’s Research current research looks into the child care cliff effect, aiming to provide a comprehensive study and policy recommendation related to the child care cliff effect in conjunction with other family cliffs. The research will advance the goals of The Harkin Institute’s labor and employment focus area while also contributing to the work of our wellness and nutrition focus area. 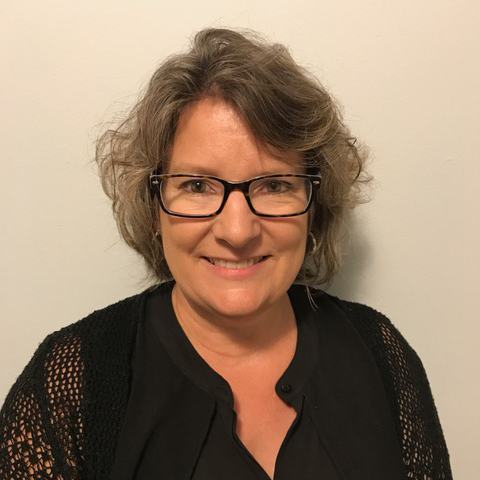 Dr. Amy Hebert Knopf is an associate professor and program coordinator for the Rehabilitation Counselor Education program and the Rehabilitation and Addiction Counselor Education program within the School of Health and Human Services at St. Cloud State University. Dr. Hebert Knopf has worked both locally and nationally to improve services for people with disabilities in the areas of transition, education, health and employment. She has a strong interest in the current state of research practice happening in the field of rehabilitation and is currently engaged in several research projects. Dr. Hebert Knopf partners with many professionals in her community, both those with disabilities and those without, to address the barriers and attitudes people with disabilities face on campus and abroad. 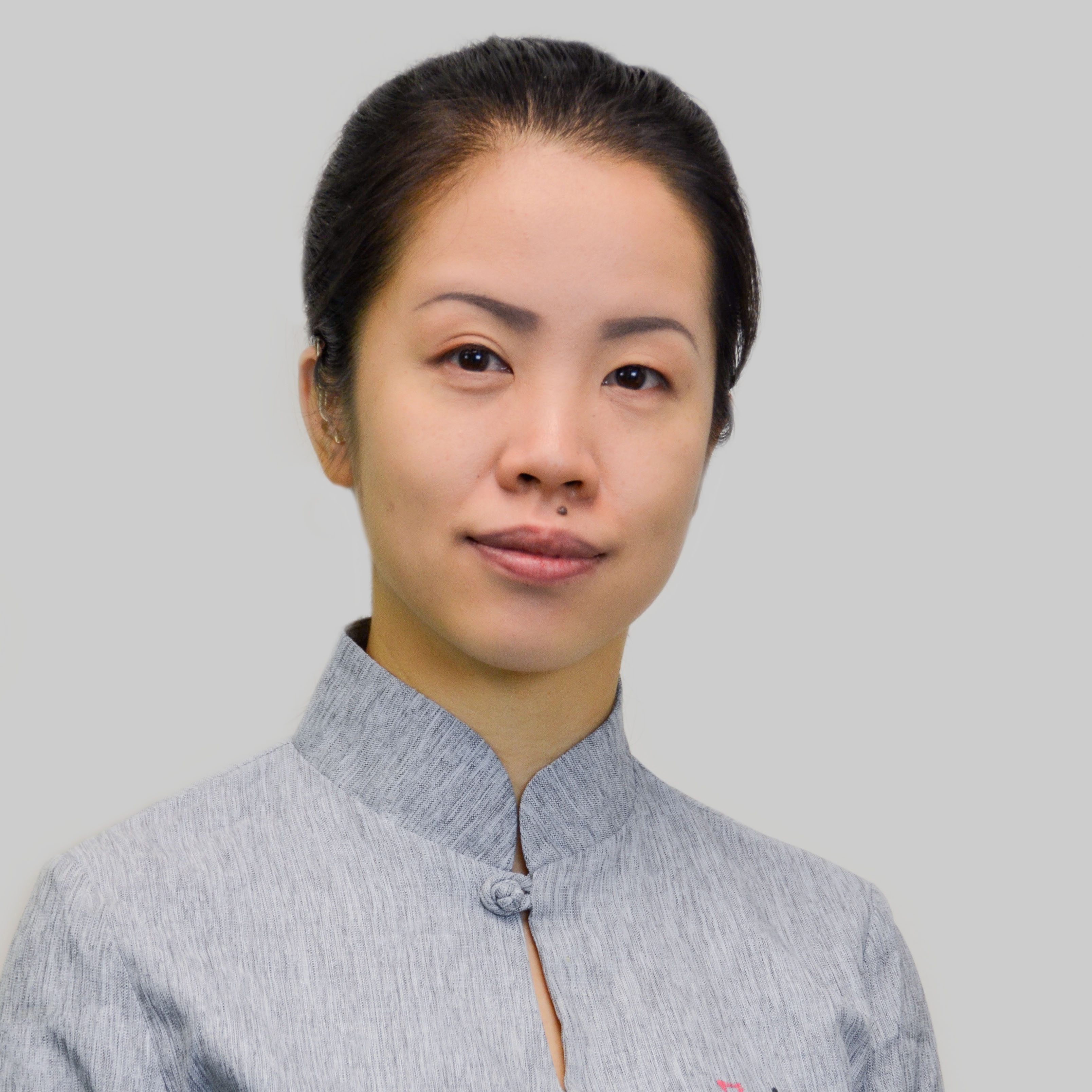 Dr. Xuan Zheng is an associate professor for the Special Education Department at Chongqing Normal University in Chongqing, China. She is also a visiting professor at St. Cloud State University. Dr. Zheng is the first Deaf person to receive a PhD in linguistics in China. She is fluent in Chinese Sign Language, standard mandarin, written Chinese, written English, and learning ASL. Peers in academia evaluate her as “the pioneer of deaf people who taught in university and obtained the title of associate professor and the qualification of Master’s Supervisor.” As a Deaf scholar, she plays a distinctive and important role in CSL research and has won great prestige in the Deaf community. Through their research as fellows with The Harkin Institute, Dr. Zheng and Dr. Hebert Knopf are aiming to build support for people with disabilities in China by examining the core values and principles of the Americans with Disabilities Act. Focusing specifically on people who are deaf, Dr. Zheng and Dr. Hebert Knopf will analyze the Chinese government’s efforts in improving the education and employment for people with disabilities, teacher training and bilingual and bicultural deaf education.

Dr. Zheng’s primary research will analyze services and outcomes for people who are deaf in a comparative analysis between China and the United States. Dr. Hebert Knopf will focus on Vocational Rehabilitation outcomes in the U.S., primarily the impact of the Workforce Innovation and Opportunity Act.