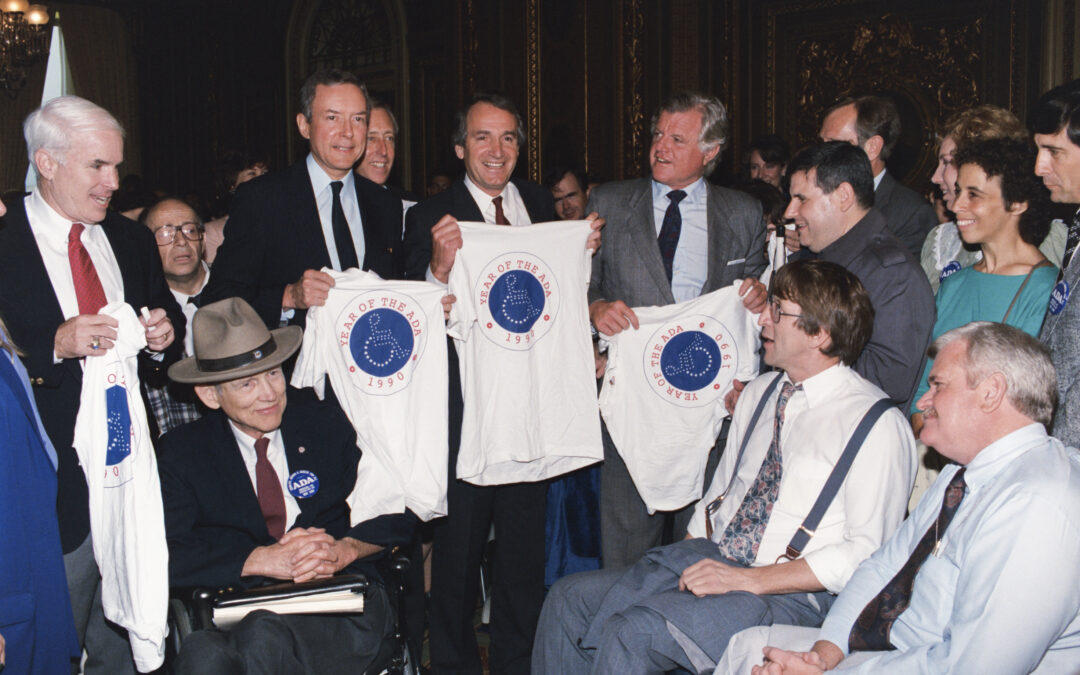 The Harkin Institute for Public Policy & Citizen Engagement is joining the Dole Institute of Politics, Edward M. Kennedy Institute for the U.S. Senate and George Bush Presidential Library & Museum to host a virtual rally commemorating the 30th anniversary of the Americans with Disabilities Act on July 26, 2020.

Hosting the rally virtually on Twitter and Instagram will not only allow participants to socially distance but also increase accessibility for people who might face physical barriers to attending an in-person event. Renowned disability rights activists, including Senator Tom Harkin (retired), Senator Bob Dole (retired), Judy Heumann and Claudia Gordon will speak at the event.

The landmark Americans with Disabilities Act (ADA) was signed into law by President George H.W. Bush on July 26, 1990. Senator Tom Harkin (retired) was the lead sponsor of the ADA in the Senate and spent his 40-year congressional career advocating for people with disabilities. Improving opportunities for disability employment has been a cornerstone of Senator Harkin’s work in retirement and is a key priority for The Harkin Institute.

“It’s no longer enough to rise to the level of accommodation outlined in the ADA,” Senator Harkin said. “Accommodations are the minimum. We’re now in an age where full inclusion is expected.”

Register for the rally now to receive updates in the coming weeks and follow The Harkin Institute on Twitter and Instagram. For more information about the rally and the 30th anniversary of the ADA visit The Harkin Institute’s website or contact Emily Schettler, emily.schettler@drake.edu, 515-205-6319.